I woke up this morning and went straight to the computer to find out what Mark Jacobs’ news was going to be regarding a few major announcements for Warhammer Online. He dropped several bombs on the community today, that’s for sure. 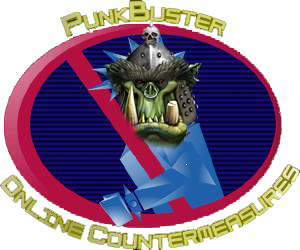 The first announcement is that Mythic will be partnering with Punkbuster. I guess I called this one several times over the past few months? I’ve been saying that a mmorpg should partner with Punkbuster but I never really thought it would happen. I guess if a mmorpg is going to use an anti-cheat program then Punkbuster is as good as any. I trust Punkbuster enough to have it on my system already for games like Battlefield and Call of Duty. I will be REALLY interested to see how effective this will be in a mmo as are Even Balance Inc. (the guys behind Punkbuster) and Mythic I’m sure.

Speaking of past problems in Dark Age of Camelot, Mark Jacobs had this to say to mmorpg.com:

â€œAs you know,â€ said Jacobs in an interview, â€œwe have fought a long battle against hackers, cheaters and other assorted slimeballs who think that itâ€™s both fun and fair for them to have an advantage over other players.â€

â€œWe obviously did a lot of things in Dark Age of Camelot that worked,â€ he continued. â€œ We banned cheaters whenever we found them. We made a tremendous effort to sort out and deal with hackers and companies or individuals who promote this sort of stuff. Did we do a perfect job? Absolutely not, nobody does, but we did a pretty good job.â€

Capital Cities … or the lack thereof

This one bothers me.

â€œwe decided to focus our energies on two capital cities; one for Order and one for Destruction, and make them fabulous, said Jacobs. â€œNot good, not great, but fabulous.â€

â€œWe wanted to make our Capital Cities the best cities in any MMO. We think weâ€™re doing that, but it came at a price and that price is that the other cities arenâ€™t going in the game right now.â€

I won’t lie. I’m rather frustrated that there will be only two major cities in the game. I wanted there to be several cities to explore, siege, and overall enjoy. Seeing the projected number cut down by 66% is a huge cut! I don’t hold their decision to make the content “fabulous” against them, I simply feel disappointment for the lack of content I will have at my fingertips in-game. Truly unfortunate that city sieging will not be as enjoyable as it could be due to a lack of diversity.

Words do not describe, guys. This is Graev and I at this very moment. I’m the one in shock, more than anything. 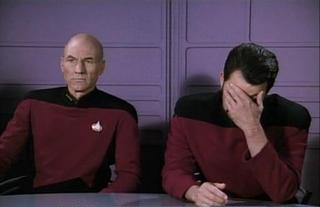 â€œFour of the classes that weâ€™ve been working on, we just couldnâ€™t get great,â€ he continued. â€œWe looked at them and we said these careers are just not greatâ€¦ and we tried, and they werenâ€™t coming out well.â€

â€œWe tried,â€ Jacobs said, â€œwe tried to see if we could make them better and we just couldnâ€™t make them great. So we had a choice. Do we put in some non-great careers just because they are iconic, or we cut them out and put them in post-launch if we can get them right, or do we not put them in at all?â€

The above will not make it into the game. Choppa… one of the most intrigueing classes to me won’t be in the game… Hammerer – the only interesting Dwarf class (in my eyes) gone. Blackguard and Kotbs are two tanks that a lot of people were looking forward to but now will have to rethink their class decision. It’s nauseating really to see so much content being abandoned. I’m not sure if I’m ready to accept Mark’s line of reasoning fully yet. I obviously have not been apart of the development process so I have no clue how bad off these classes truly are or if they were even given much thought at all.

My true feelings, on all of this, are that the game should be delayed again until such time that the full Warhammer Online experience can be had by the players. But, it won’t be. The game will launch in a state of completion – but with some heinous baggage attached. I wrote just a few days ago how I felt a mmorpg should not be released until it is “done”. On one hand they’re releasing it “done” because they’ve cut the fat but on the other hand the game is now lacking a part that makes it taste oh so good.

I’ll have to think on this one some more.