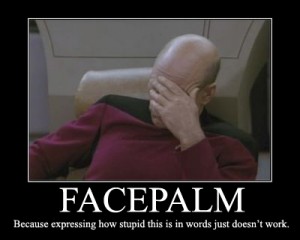 Watch this video from the Paris event. It’s 30 minutes long and shows a Witch Hunter participating in a 18 vs. 18 scenario of capture the flag. It all looks great. Lots of action, lots of fun, and sadly lots of stealth. Watching that Witch Hunter clearly stealth in that video bothers me a lot. It wasn’t more than just a few months ago that talking about stealth being in WAR was completely taboo. Mark Jacob’s spoke on stealth classes in relation to WAR himself not too long ago when he said “[I] hate them in a PvP game.” (read this post for more of the quote)

Explanation? Anyone? Why has stealth wriggled its way into Warhammer?

Okay, I’ll acknowledge that the Witch Hunter isn’t going to one-shot anyone and that alone makes stealth classes a lot less powerful. But it’s still a stealth class. Are the Shadow Warriors going to have stealth? Can we get it all out in the open? Who is and who isn’t going to be capable of sneaking behind enemy lines and stabbing our squishies?

Here’s a picture from the video in case you missed it…. 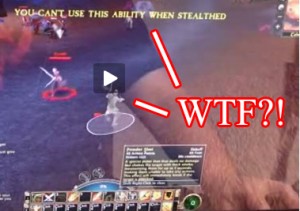 Update:Â  Here are some links to discussions about the revelation of stealth.Â  Lots of outrage.Â  I’ll add more as I find them.Â  Feel free to link to any in the comments and I’ll add them.