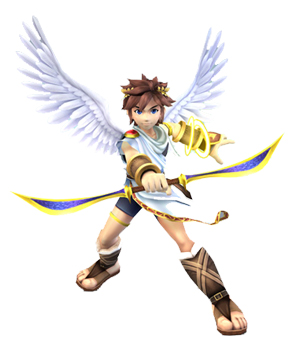 We decided that trying to attempt a full review of the game would be far too massive an undertaking. After all, we would rather be playing the game instead of writing about it! We’re going to do the next best thing and give you our joint mini-review/impressions of the game: what we particularly like and our overall thoughts on the game.

Since the first SSB game on the N64, we’ve been hooked. Mixing everyone’s favorite Nintendo characters with a fighting style game has always been the recipe for awesome. We can say with certainty that Brawl continues the legacy by delivering one heck of a super game. As of writing this mini-review, we’re in the odd position of having nothing bad to say about the game. There truly is nothing we dislike – and for us that’s odd.

Subspace Emissary: Just one game mode of many, SSE is like a mini-story mode that offers a very compelling and unique approach to SSB. As you play through dozens of levels you meet and get the chance to play all of the characters. It has the feeling of the usual SSB, a dungeon crawler, a platformer like Mario World, and an exploration/adventure game like Metroid all rolled into one. On top of that it took us 8 hours to play through the entire thing! That’s longer than some entire games!

Characters: One of SSB’s strengths is the diverse selection of characters from an assortment of popular Nintendo games. We’re both fairly certain that Brawl stretches beyond just the Nintendo label for the first time by bringing characters in like Solid Snake and Sonic. You can view all the characters, including the 14 newcomers at the Smash Bros. Dojo. We almost feel that there is a meta-game in SSB (Always has been): unlocking all the characters. There are something like 8 hidden characters that can be unlocked in many different ways (we just unlocked them all tonight!). 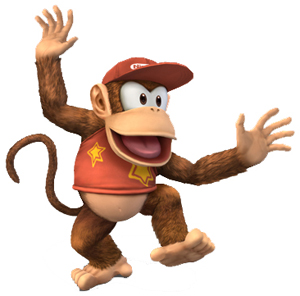 We definitely have our favorites, and we want to tell you about them briefly.

Stages: Everyone has their favorite stage (level, map, etc). Brawl includes several old favorites from SSBMelee like Pokemon Stadium and The Temple, a few updates like Pokemon Stadium 2 and Final Destination, and then brings it all home with a ton of all new stages like Sonic’s Green Hill Zone and Luigi’s Mansion. They’re all so amazing and fun to play that we end up having to random or else we fight over which one we get to play.

Customizable Controls: We love this feature. You can use a Game Cube Controller, a Classic Controller, the Wiimote, or a combination of Wiimote/Nunchuck. If you don’t like the paritcular controls you can completely customize them to your liking on any of them. Well, almost completely customize. We can’t figure out how to make the D-Pad on a classic controller take over move functions – HAH! We found something we don’t like. I knew it was hiding in here somewhere.

Collectibles and Unlockables: They play a HUGE part in Brawl. There are so many awards, trophies, CD’s, characters, stages, modes, and more to unlock. Like we mentioned before it’s almost a meta-game. We’ve become obsessed with unlocking everything. 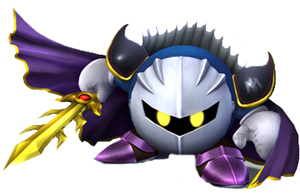 Overall, this is the game to own on the Wii. Actually, this is the reason to even own a Wii. It’s a great game that makes us laugh, cry (hey, our thumbs hurt, okay?!), and want to strangle each other (DIE PIKACHU!!!). But it’s important to mention that there is always more than meets the eye with Super Smash Brothers. Below the surface of a fun Nintendo themed fighter there is a deep and complicated game waiting to be mastered. It’s been said of SSB that it’s easy to pick up but tough to master – it’s a cliche now, but it’s true.

Whether you’re a complete noob or have a SSB cult that refuses to play any stage but Final Destination because the rest are “impure”, SSBBrawl has room for everyone (just look at the Gamefaqs boards to see home crazy some people are). You can enjoy the game by mashing buttons and laughing as you watch your character flop around the screen; you can even beat most of the game modes this way. Or, you can seek to master the mechanics of the game and learn that there are classifications and tiers for characters such as light weights and heavies, and a plethora of other intricate details. Mastering the game doesn’t come easy, but it’s incredibly rewarding to try.

We both highly recommend Super Smash Bros. Brawl to everyone.