You know that feeling of nastiness that comes when you burp up some acid in to your throat? I have that right now. I also had it back when the CEO of Activision said it would take over half a billion dollars to make a game capable of taking on World of Warcraft. I really don’t know where to begin addressing how ridiculous that statement sounds. I have thoughts racing through my mind right now that could lead to my writing a book, but I’ll simplify it.

Today I read that the Activision CEO has once again opened his mouth and this time the words “Call of Duty”, “MMO”, “Guitar Hero”, and “Blizzard” came out. The reason for the acid… it burns… Activision CEO, Bobby Kotick, plans to use Blizzard’s “institutional expertise” to expand their Guitar Hero franchise. He also had this to say about Call of Duty:

“When you think about other properties that we own and control like Call of Duty, and what would be the natural evolution of a property like Call of Duty into a massively multiplayer environment…how do you monetize that?” – Activsion CEO, Bobby Kotick.

The natural evolution of Call of Duty is not a MMO! You want to monetize more on COD’s natural evolution? Stick with what millions love and make your FPS games better. Why do corporate moguls think that all roads lead to massively multiplayer online games? Sure, you’ll make a lot of money, but you could do that plenty of ways. I wish Activision were alone in their thinking, but DICE is taking Battlefield in a similar direction. It’s only the beginning.

I can see it now… 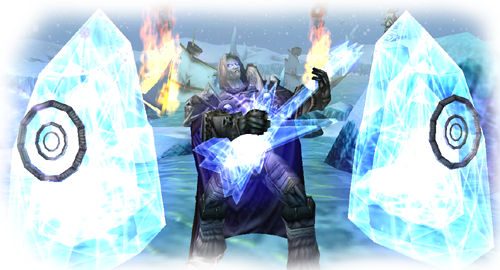