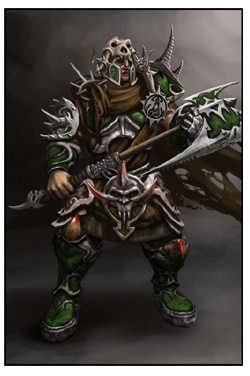 Sequel to the successful Savage: The Battle of Newerth, Savage 2: A Tortured Soul brings with it many surprises to the gaming industry. Developer, S2 Games, is comprised of a team of many talents ranging from film and fine art to business. Surprisingly S2 Games is a self publishing and independent company with one goal in mind: make great games. When you go the official Savage 2 Website and see the definite care they’ve taken to represent their game and their company you’ll also see the next surprising trait of S2 Games and Savage. It only costs $29.99, compared to the usual AAA price of $49.99. They are able to sell at this price because they are independent.

What is Savage? That’s an important question to answer before I go on and talk about Savage 2 specifically. I can’t possibly answer that question any better than S2 Games:

Savage combines real time strategy and first person action in one fluid game. Instead of sending mindless computer drones into battle, imagine organizing real human players on a crusade to conquer your adversary. Choose to be a commander, and you will play an in-depth RTS game, researching technologies, mining resources, and issuing orders to your units. Choose to be a warrior, and you will play an intense game of first person combat, wielding your weapon of choice to strike down the enemy.

Savage is designed so that neither RTS nor Action based play are watered down in any way. RTS fans will have all the control they are used to, such as: tech tree, resource management, and tactical strategy. In turn, the action-based players will play an in-depth fighting game with a heavy emphasis on battle dynamics. Although the two sides work together their roles are very distinct.

Savage 2 (and Savage 1 of course) bring the action of RTS and FPS together in to one game. I can’t honestly claim it was the first to do so because I don’t know for sure. I can however say that Savage was the first game that I’ve ever played to bridge the two. And they do it darn well near perfect. Before each game begins you and the rest of the players on the server are sent to a lobby of sorts where they pick teams. From there the server automatically enters three timed phases: Players nominate themselves for commander, players elect their commander, and players are made in to officers which act as the basis of squads. Once the timer reaches zero the game begins.

Players are immediately thrown in to what appears to be a classic FPS or RTS game (depending on if they are the commander or action player). The best possible way that I can describe the gameplay for an action player is if I ask you to close your eyes and imagine playing Warcraft 3 or another RTS with a sort of “fantasy” look to it. Now imagine you are one of the simple peons or footman on the screen. Now imagine the world around that single unit grows around you and you are completely immersed in the world as though you were looking at a character in a mmo or rpg. Add in several FPS elements and you have the action play of Savage 2. To describe the commander’s play it’s simply the classic RTS approach with one difference – your units have a mind of their own. Oh yes, that can be frustrating at times when your team doesn’t do what you need them to do but then there are times when the people playing for you surprise you with their skills. 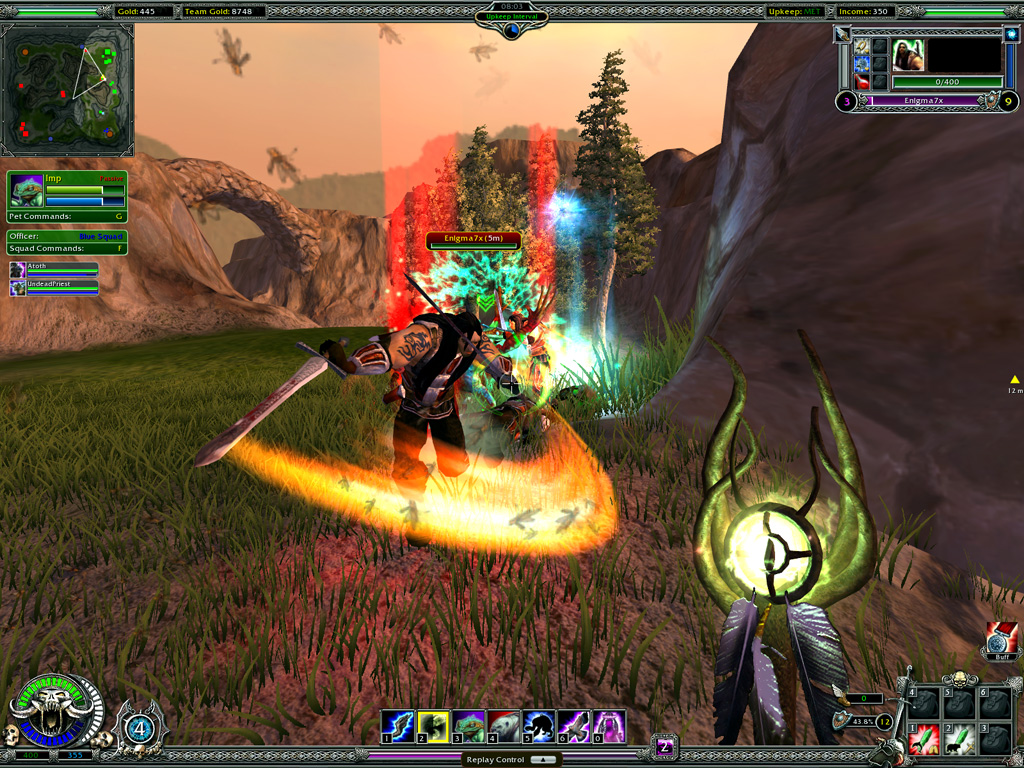 The goal of each battle is simple: destroy your enemies main structure. Like most RTS games your team starts with just enough resorces to get your economy going. The first thing everyone does at the beginning of a battle is create a mine on the gold. Gold is everything. It’s required to make buildings, buy better units, buy your units better gear, upgrade your units, and so on. Gold mines are scattered strategically around each map and should be the focus of each side’s early battle strategy. Without a steady supply of gold your enemy will overrun you quickly. Once you have a steady gold supply it is up to your commander to “tech” for your team appropriately. Once the required structures have been built players get to choose what units they want to be instead of it usually being the other way around.

Whichever character you choose to play as, whether it be the healing of a shaman or the brute force of the legionnaire, it’s up to you what you do next. You can go out on your own and try to infiltrate the enemy base while their forces are busy fighting the bulk of your army or you can work together with others to slowly advance. It’s up to the players to act as healers if they are healers or to simply ignore the dying. Engineers can repair buildings but they can also use their dwarven guns and sentries to deal some great damage. Savage 2 doesn’t dictate how the players act in the games. I’m a huge fan of choices. Players can customize their unit in many ways. Gold accumulated in battle can be used to buy upgrades to your unit and there is a certain attachment felt for your unit in each game. Stat points are spent as your unit gains levels in battle.

S2 Games made a brilliant decision to keep track of player’s stats. On the official site players can look up their stats, match details, feedback given by other players, and dozens of other statistics that give Savage even more depth. It’s not mindless slaughtering unless you want it to be. If you care about your stats and take care to protect them you’ll find that you can enjoy many sides of Savage. S2 Games also allows players to watch replays of every single battle they have ever fought – the coolness factor there is through the roof.

Overall Savage 2: A Tortured Soul is a pleasure to play. Rarely do games like this bring a smile to my face. Savage 2 does that and a whole lot more. Whether I’m playing a Chaplain and casting healing magic on Graev as we rush in to our certain doom or building towers, forcefields, and turrets as an engineer, the game constantly keeps me on my toes and makes me want to come back for more. That’s a rare thing to find in a game and certainly one of many reasons that I would recommend Savage 2 to anyone.